"World domination in a box"

Command & Conquer (C&C), also known as "Tiberian Dawn", is a real time strategy game. C&C is about two factions, the Brotherhood of Nod and the Global Defense Initiative, fighting over a valuable alien substance called "Tiberium" that crash landed on Earth in a meteorite. Some of the biggest innovations of C&C were the easy to use interface and use of full motion video to give the player their objectives and progress the narrative.

Command & Conquer is often seen as one of the games that made RTS popular. With modern eyes C&C might look dated, but the gameplay is still relevant despite the age of the game. C&C spawned a series that lives on to this day. Even today RTS games are still being made, more or less based on the concept of this classic game. Anyhow, the silver box with a soldier holding an M16 rifle should have a place one way or another in the collection of every gamer. 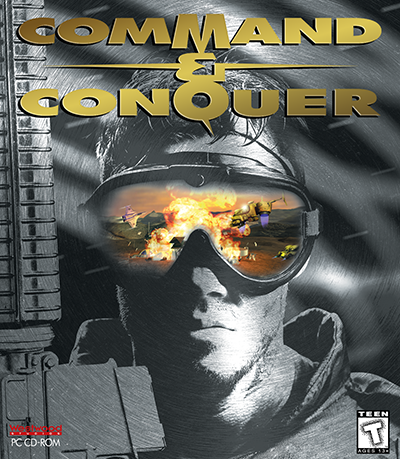 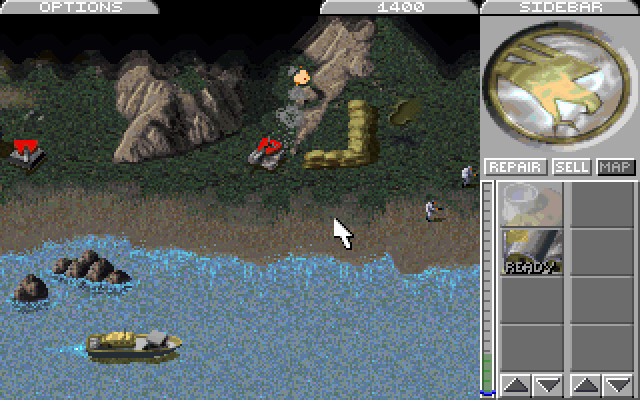 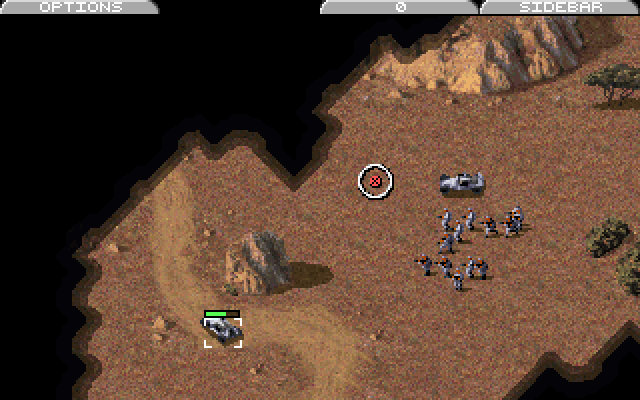 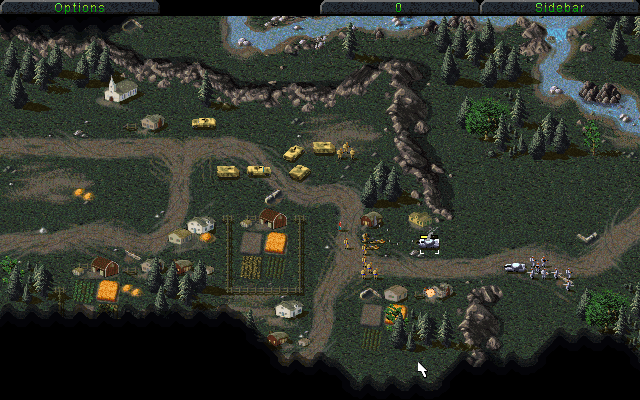 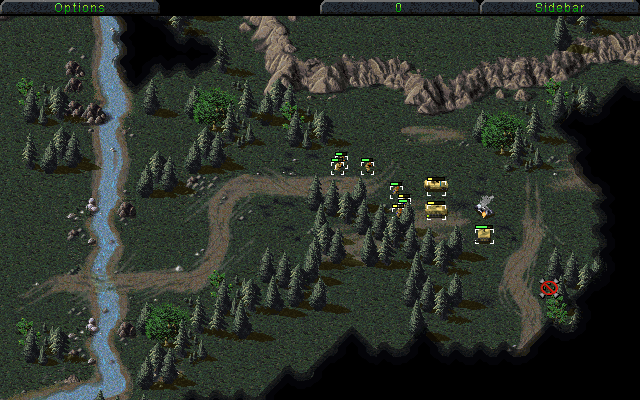 Everything begins in 1995 when Tiberium, a mysterious extraterrestrial plant, arrives on Earth in a meteor. Tiberium turns out to be both a blessing and a curse; it leeches valuable metals from the ground into easily harvestable crystals on the surface, but in doing so it emits poisonous and mutagenic gases that form a serious hazard to local habitation and wildlife. Tiberium spreads over the world at alarming rates, with no known means to stop it.

Despite the dangers of Tiberium it is highly valuable, it contains all the metals needed to build tanks, structures and other things. Tiberium is easily harvestable as it grows on the surface, allowing it to be harvested through the use of heavily armoured and slow vehicles known as harvesters. After Tiberium is harvested it is taken to a Tiberium refinery which processes the Tiberium and stores it. When a Tiberium refinery is full, silos are constructed to store excess Tiberium.

Led by the mysterious Kane, the Brotherhood of Nod quickly manage to gain control over most of Africa through corruption, propaganda and violence. They quickly become classified as a terrorist group by the western world. In response to the Brotherhood's actions, the United Nations forms the United Nations Global Defense Initiative or GDI for short. to stop Nod influence from growing stronger. The First Tiberium War has begun, and you, the Commander, decides the fate of the world!

"By sanctions by the United Nations, the Global Defense Initiative has one goal; to eliminate multinational terrorism in an effort to preserve freedom.." - EVA

Formerly known by the name "Special Operations Group Echo, Black Ops 9" The Global Defense Initiative is a global peacekeeping force created by the United Nations in 1995. The GDI has the ability to strike anywhere at a short notice. The GDI was created to combat global Terrorism and has The Brotherhood of Nod as their primary target. The GDI prefers to use conventional tactics used by most armies however if needed unconventional tactics are used.

The GDI is led by Brigadier General Mark Jamison Shepherd.

"The Brotherhood of Nod, an ancient and secret society, retains strong ties with most global terrorist organizations. Commanded by a man known only as Kane, Nod's long term goals are unknown. However recent activities include, expansionary behavior into disenfranchised nations, high volume investments into global trade markets and aggressive manipulation of international mass media." - EVA

Not much is known of the Brotherhood of Nod, it's goals, resources or how or when it was created. Many speculate that the Brotherhood has existed for thousands of years, but these claims are mostly dismissed as ridicules.

Nod is led by a man known only as Kane, Kane is just as mysterious as the Brotherhood itself. The age of Kane is unknown, but sources from within the Brotherhood claims he is thousands of years old. Kane seems to have great understanding of human society, manipulating the media to do his bidding, Kane seems to have great understanding of Tiberium, allegedly prophesying of it's arrival he even knows how to create weapons out of it.

The Brotherhood uses guerrilla and hit and run tactics. Nod receives most manpower from poor countries, however it seems that Nod even has the resources to recruit people from western countries. Nod uses modified US weapons; how these weapons came into Nod hands is unknown. 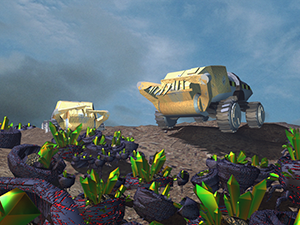 Tiberium, named after the Tiber River where it was first discovered, is both a crystal and a life form that arrived on Earth in a meteorite. It spreads through unknown means, but has proven to be very useful. Tiberium leeches minerals from the soil causing the formation of Tiberium crystals. These crystals are rich in precious minerals and are available at a minimum of mining expense.

Tiberium is harvested by Tiberium harvesters, these slow, but heavily armored vehicles gather Tiberium from the soil and transports it back to Tiberium refineries where the Tiberium is safely processed and turned into different kinds of metals or taken to storage in Tiberium silos.

Despite the usefulness of Tiberium it has some dark sides. The creation of Tiberium crystals sets off gases that are highly toxic with even short exposure being possible fatal. In addition to the toxicity Tiberium is known to have mutagenic properties causing changes in both flora and fauna leading to the creation of hideous Blossom Trees which spew out Tiberium spores accelerating growth. In these mutated ecosystems roam Viceroids. These are the animals or humans unfortunate enough to be poisoned by Tiberium, but not dying instead mutating into mindless creatures hostile to anything that comes close. 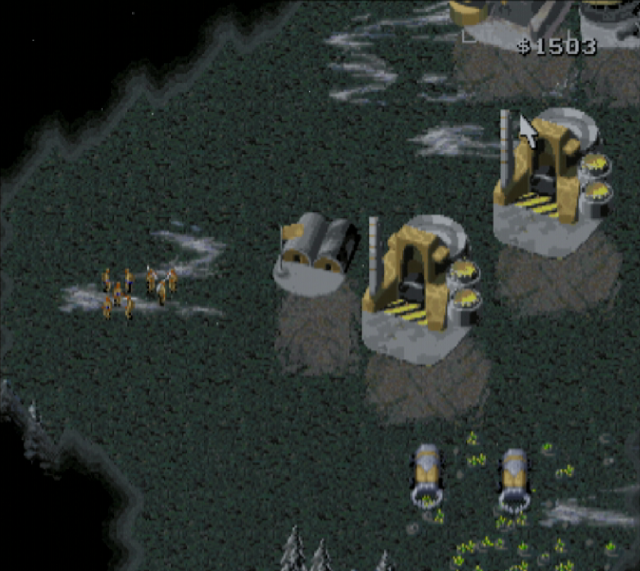 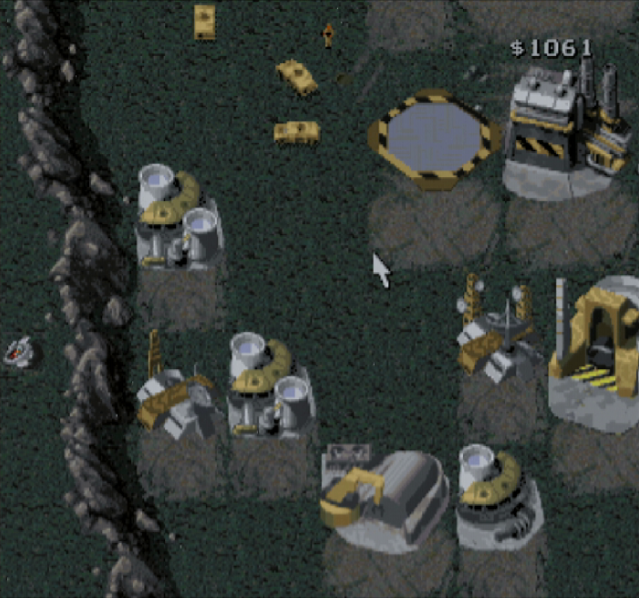 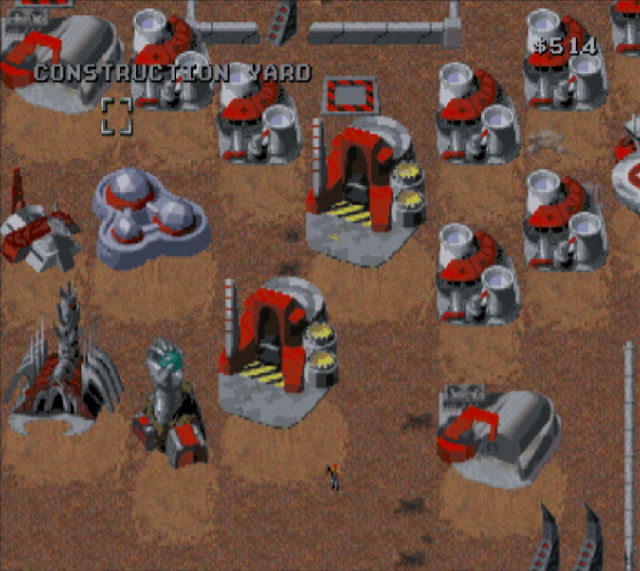 The most notable features of the Saturn version is the password system, that replaces the saving and loading system from the PC, and the CD quality audio on the disc playable in a standard stereo system. The graphics of the Saturn are degraded compared to the PC version, it misses many shadows, has half the colour depth (4-bit vs. 8-bit), missing animations and other details like the rotating machine guns on hum-vees and buggies and cannon muzzle flashes. These degradations were done to increase the performance of the game which are noted to run very well on the Saturn.

Despite the existence of the Saturn mouse and keyboard C&C does not support them.

In order to help players who are stuck the Saturn version, unlike the PC version, has built in cheats. 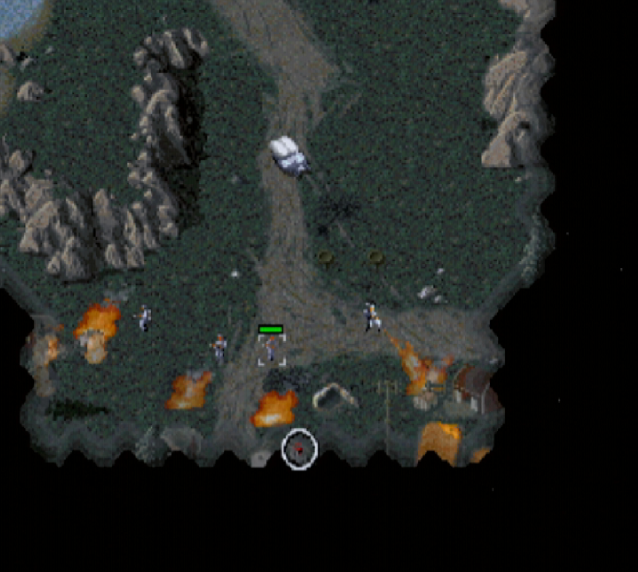 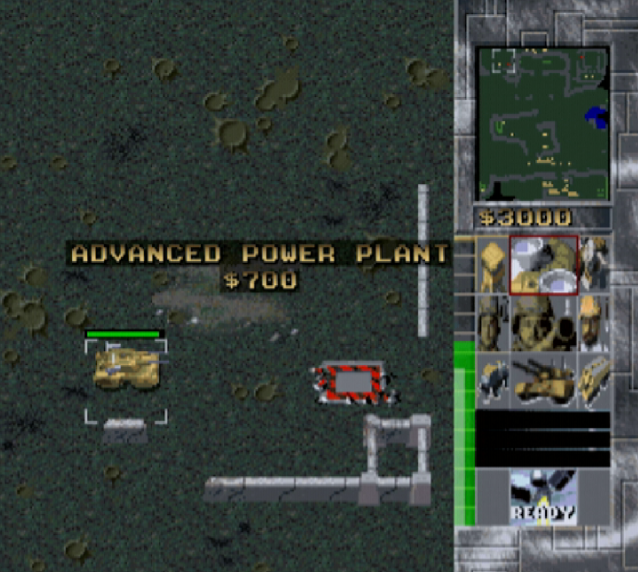 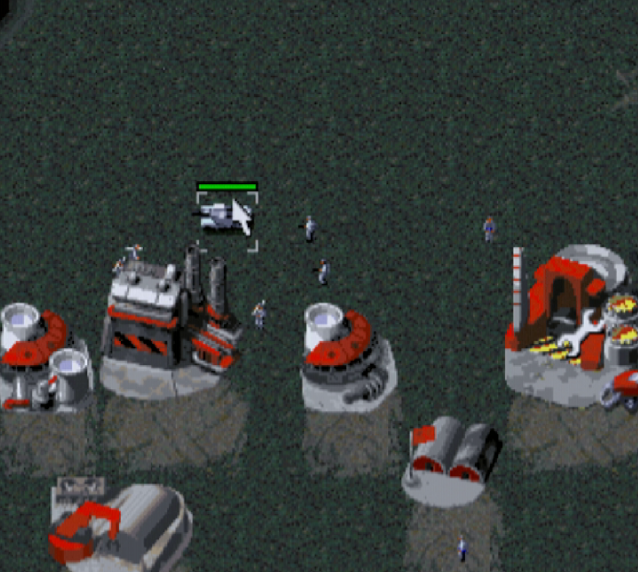 Despite the existence of the PlayStation mouse C&C does not support it.

In order to help players who are stuck the PlayStation version, unlike the PC version, has built in cheats. 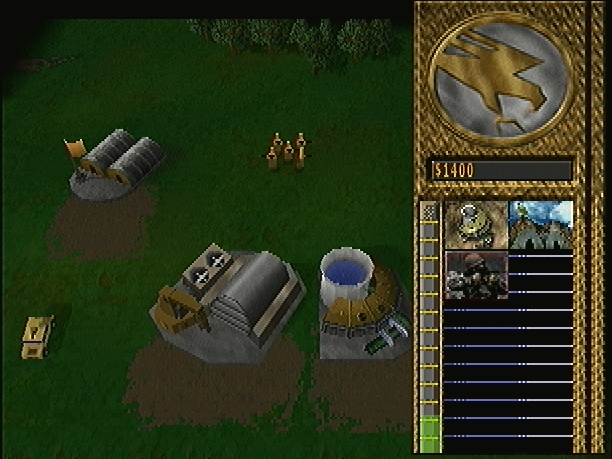 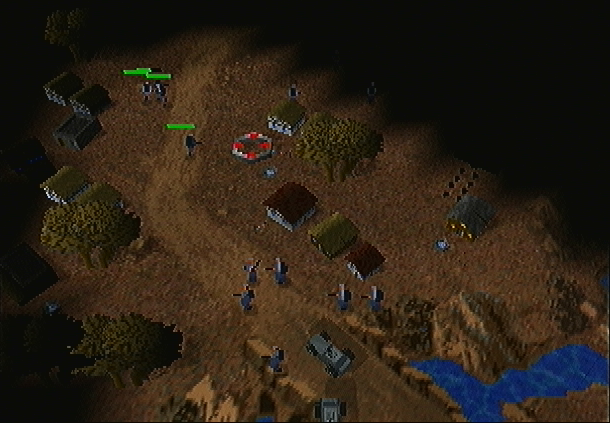 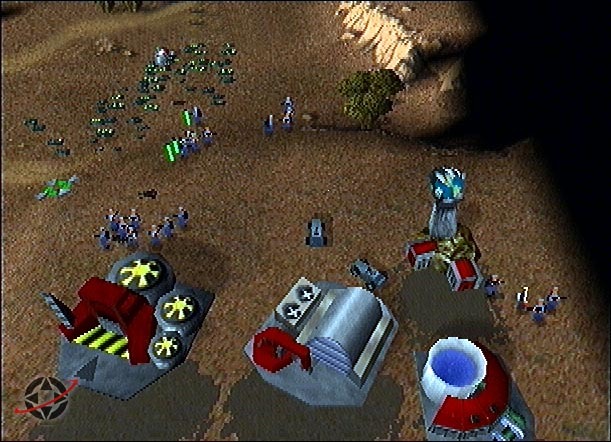 Created by Looking Glass Studios, the main attraction of C&C for the Nintendo 64 is the 3D graphics. Making this version the first C&C game with 3D models rendered in real-time. Like the Saturn version the Nintendo 64 did not get the Covert Operations, however like the PlayStation version it has unique "special ops" missions created for the Nintendo 64. Due to the constrains of a Nintendo 64 cartridge the game does not include full motion video cutscenes or any recorded music instead relying on mission briefings with still imagery and MIDI renditions of the music.